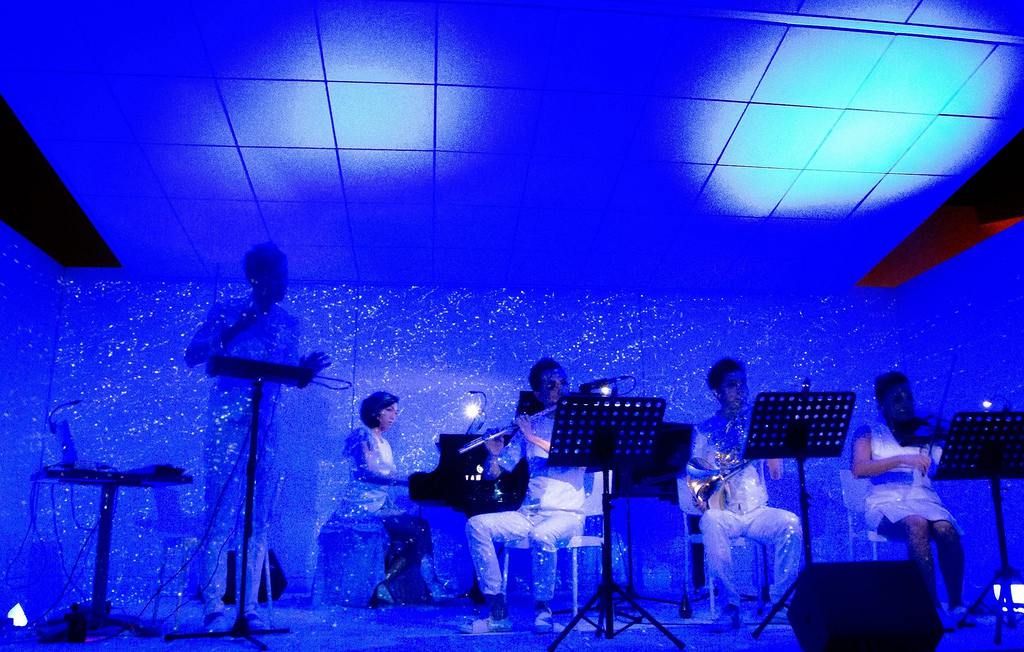 “Space Age: the Phantom Power” is a futuristic interdisciplinary performance featuring music, visuals and science. An immersive space journey of the symphonic sort,
“Space Age: the Phantom Power” is powered by an updated chamber ensemble of 5 musical instruments from each of the families in western classical music: the viola (strings), the flute (woodwind), the french horn (brass), the piano (percussion) and the theremin, which belongs to the a new family of instruments, the electronic. Futuristic visuals serve as an alternative layer to the experience: together with the atmospheric music, the space transforms into a spaceship that transports its audience/passengers to the edges of the universe and back. First created in 2010, this work is premiered in the same year under the title “Space Age: A Journey Like Never Before”.

Toccata Studio firmly belief arts play an important role in the growth of culture and humanity, offers itself and its work as a means for accessing better futures.