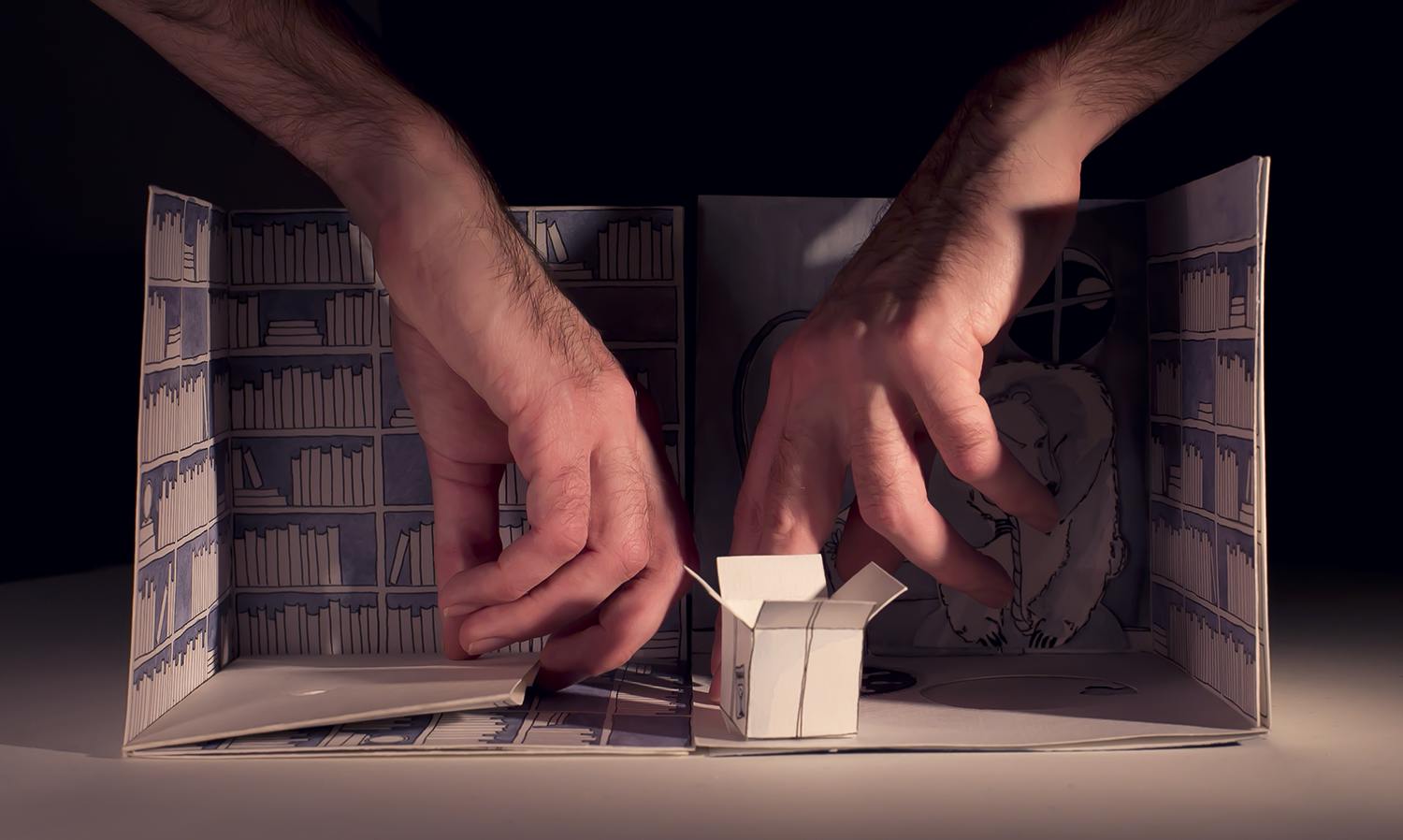 "Fragile" is an experience in which we can be mesmerized by what is not said, allow time to slow down and dream a little bit - together. Through detailed two and three-dimensional paper models and simple live animation, "Fragile" calls forth an intimate space that reimagines our relationship to scale. "Fragile" invites us to look carefully at the intricate mechanisms of the everyday. Characters from three generations face pivotal moments in their lives — growing up, growing older, and saying goodbye. The work is precise - assembled and disassembled before your very eyes.

Macromatter takes things seriously, but not too. Under this moniker, multidisciplinary maker and insatiable tinkerer Robert Leveroos creates scenographically-driven work incorporating live art, animation, and handmade objects. Macromatter aims to strike imaginations and skew perceptions by exploring worlds where weight is given to the minute, the understated, and overlooked to uncover something recognizably human. Robert originates from Minneapolis/St. Paul, Minnesota, trained at The National Theatre School of Canada (Acting) in Montreal, Quebec, and holds an MFA in Performance and Design from Simon Fraser University in Vancouver, British Columbia. With a flexible collective of interdisciplinary artists, Macromatter creates original performances and collaborates in processes that encourage curiosity, discovery, and play.