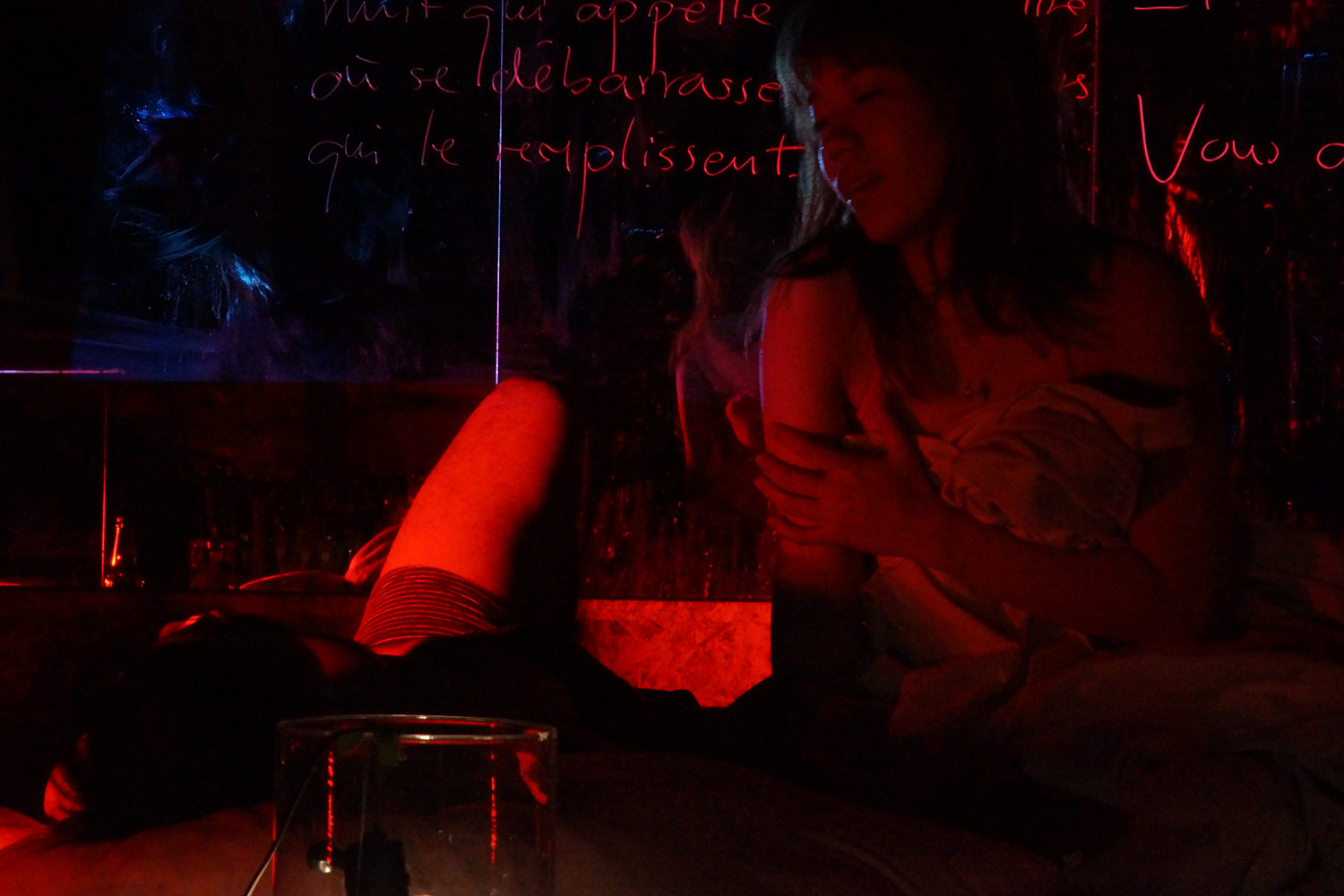 The multidisciplinary performance is inspired from the short script “The Malady of Death” of Maguerite Duras. “It’s a story about a man who hires a woman to stay with him so that he can learn about love.” The intoxicating element, rather, is provided by the neutral, unidentified and half-asleep narrator’s voice. Marguerite Duras’s original text is selected by the memory of the actor by writing the French text on the mirror and projection to visualizing another side of the story to homosexuality world. Cracked acrylics sheets hang likes the clear wall, and the actor is writing on it, to divide the audience. The performance is just likes a collage of dreams about sex, love, guiltiness, and the obsession about the text from “The Malady of Death”. The performance is crossing by 3 languages, French, Japanese and Thai, but it doesn’t matter if the audience could understand text or not. It’s about listening and feeling the journey to the dream.

Named after the central district of Bangkok where the art space located, a 5-story multiplex Thong Lor Art Space is run by a group of young blood who dedicated to offer quality program for art and living since 2014. Thong Lor Art Space is pint-sized playhouse for ambitious visionaries, also offers international program annually in Low Fat Art Fest. “LA MALADIE DE L'AMOR : Detoxification of a Heart” is a directed by the art space artistic Leon Unaprom whose artistic background from is based on theatre design. Built around their love and interest for Marguerite Duras, the project is portrayed by artist, actor and literature professor, Banthun Ratmanee.

■  The age guidance for this production is 18+.
建議18歲以上觀眾觀賞
■  Performed without intermission.
無中場休息。