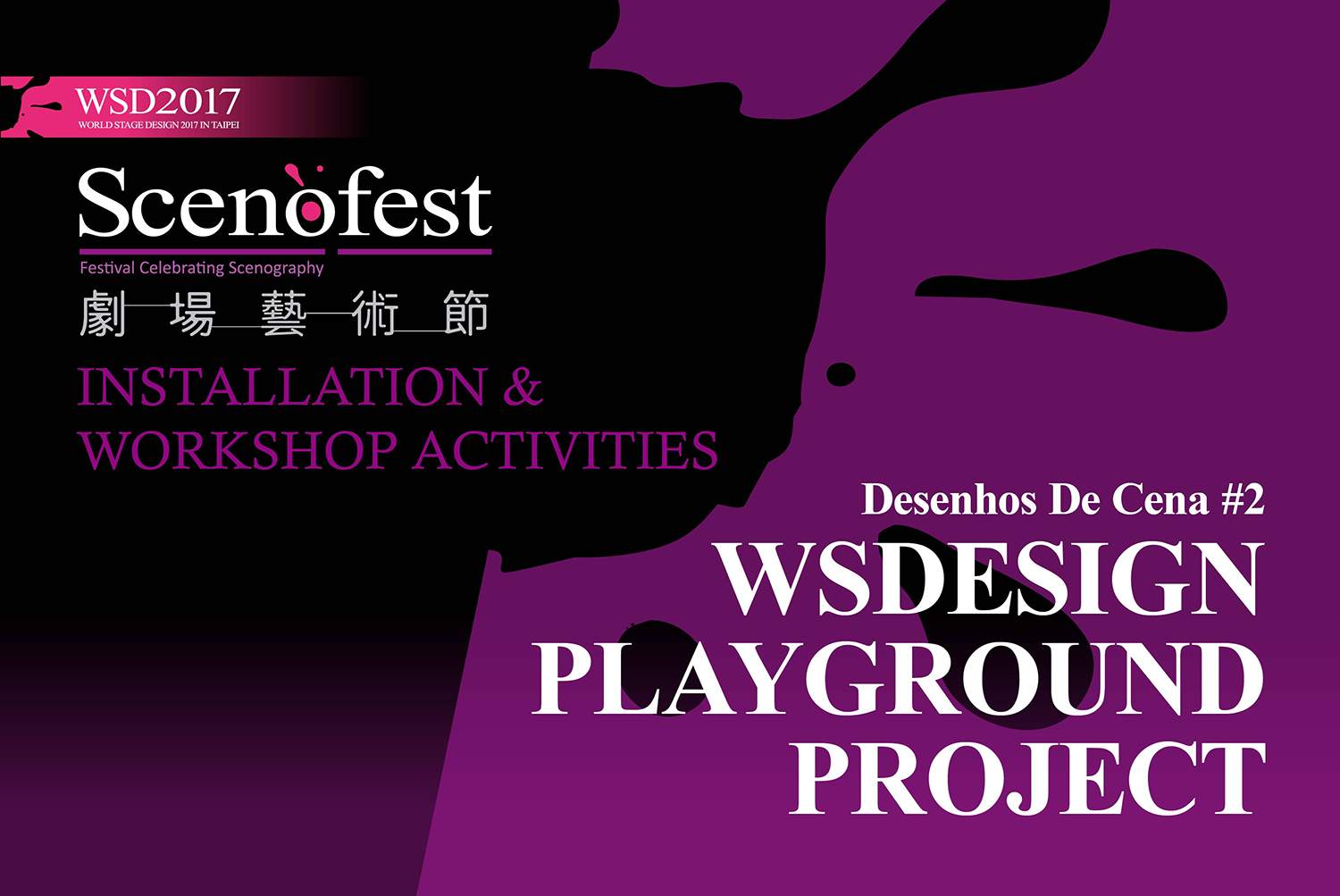 The Ground nearby the Arts Forum
人文廣場前草坪

A temporary open air stage is created, dedicated to Design as Performance, which aims to provide to the visitors and participants a singular experience on creating, making and playing through the design. Conceived and developed considering the TNUA campus characteristics and its atmosphere, this particular stage is also strongly related to the WSD/SCENOFEST nature and the ephemeral aspects of the Design for Performance.

Artists from different countries: Australia, Taiwan, UK and Brazil, are invited to run creative processes through FOUR workshops based on the design disciplines of: Space, Light, Sound and Object. Designers, professionals and students, all visitors are welcome to participate of the process to design and build together a dynamic and live space, a Playground, which will be daily transformed by the results and remains from each activity led by the invited artists.

WSDesign Playground configures a space that expands through its connection with the nature, landscape and its occupation. It exists to provoke a review of the artistic hierarchical system, by proposing the process of creating and making as performance. Desenho de Cena # project aims to enliven critical points of view about exhibiting Design for Performance.  It is about designing as experience and by using basic materials and resources, to provoke a renewed sensibility; a reconnection between art and life, which possibly unfolds into a potential lively and unexpected experience.

The Space Design concept follows what was done before in Cena#1, aiming to provide a 360º view of the space with no hard divisors, to highlight the permeability of the space - an outdoor area, this time. The choice of working on outdoor area forces to a careful decision on the materials and orientation of the space. The space is designed inspired from the existing elements and at same time looking for creating rhythm and fluidity to the space; connecting with the nature and at same time bringing some not belonging elements, to provoke a tension between space, nature and its occupation. Looking for not only the comfortability, but also to provoke a critical view.

Aby Cohen is an award winning Golden Triga at Prague Quadrennial - PQ’11 scenographer for her designer and curatorial work on the Brazilian National Exhibition in 2011. PQ’15 artistic team, curator for Shared Space – Politics concept, she also created the installation ‘No Man’s Land’, which took place on the Crossroads in Prague, during the PQ’15. Her works include other relevant international awarded projects as Exhibition Designer and Scenographer. PhD in Scenography, lives in Sao Paulo, working as a designer for Performance and as a Lecturer in Scenography at University of Sao Paulo and at Faculty of Belas Artes . Vice-President of OISTAT 2013-2017.

Aby Cohen invites you to talk about the project and to engage in registering performances and activities scenes by drawings during the WSD2017. For this activity the participants are required to bring basic materials of their own choice: papers, cards, notebooks, crayons, pencils, etc… The drawings will be shown at the Playground area, every day. 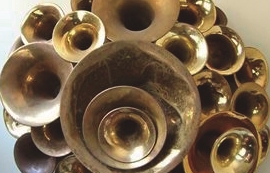 The workshop ‘Whispering’ is an experiment in creating soundscapes to bring the rest of the world to the surrounding area of the installation. It will incorporate a combination of inclusion with the permanent installation and new design of the locale. A literal exploration of sound and environment. This workshop will allow participants to develop soundscapes prior to the event and include them into existing and newly created environments.

Ian Evans is the Head of Stage Management at the RWCMD – Cardiff, UK. He has further developed his career as a professional in the theatre and the entertainment and event industry; which has greatly enhanced his skills as an educator. He has been involved with numerous educational projects for OISTAT, including:  co-Producer and Technical Director of WSD/Scenofest 2013 and co-Producer and Technical Director for Scenofest 2007 at the Prague Quadrennial; co-organiser of the Beijing International Biennale. Ian most recently artistic works on creating soundscapes projects are:  for the installation ‘No Man’s Land’, in 2015 at the Prague Quadrennial, and, in 2016, he produced a sonic installation of his own work called Whispers at the Desenhos de Cena #1 in Sao Paulo, Brazil. Since 2014, he has worked with leading theatre practitioners and government officials in Sao Paulo in developing technical training programmes for 46 cultural centres throughout the state.

What emotions we associate to specific forms?...

Renato Bolelli invites the participants to create and make affective objects  by exploring the relation between body, space, material and form. Participants will work with a traditional, local and natural material - as wicker sticks and bamboo - to make interactive objects that can reach memories and materialize the imaginary.

Renato Bolelli Rebouças is an art director, set and costume designer, architect, performer and visual artist. Currently PhD researcher in Performing Arts at the University of Sao Paulo, dedicated to investigate the theme based on the idea of the poetic of destruction. Since 2003, he develops artistic projects in the areas of theatre, ópera, dance, performance and exhibition. Member of the artistic collective Usina da Alegria Planetaria (UAP). 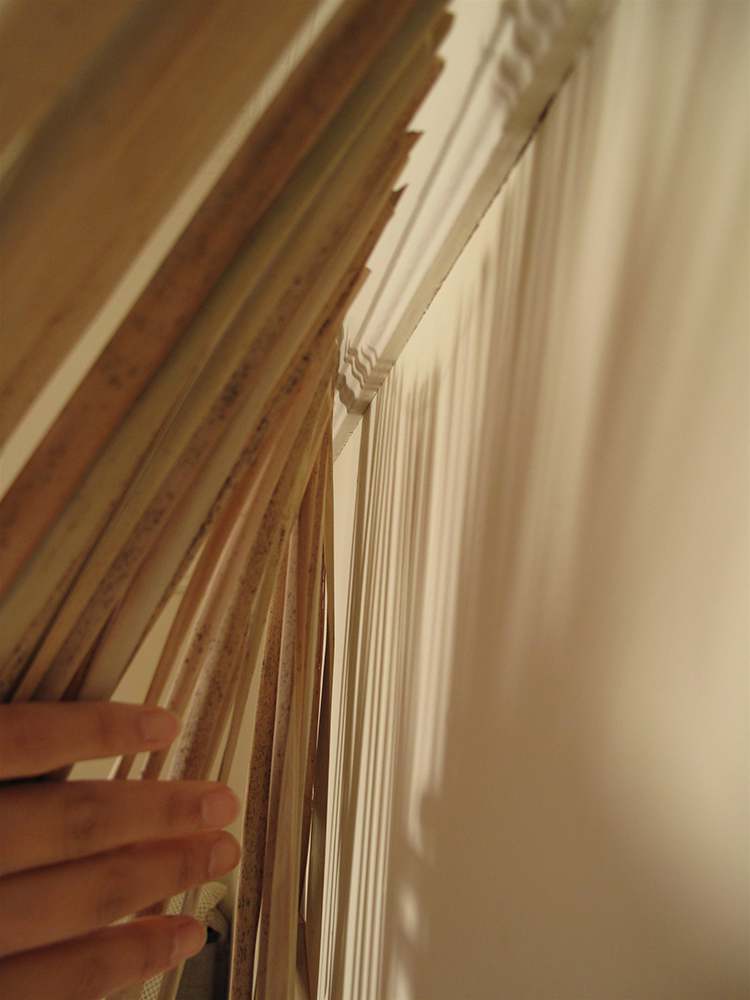 Join ecoscenographers Tanja Beer and Jennifer Tran to build a space made out of local reeds sourced from nearby wetlands of Taipei. The workshop will lead participants through a series of methods that engage with ecological principles and natural elements to create a unique and participatory spatial design that engages with the local environment.

Dr Tanja Beer is an award winning ecological scenographer and Academic Fellow in Performance Design and Sustainability (Ecoscenography) at the Melbourne School of Design (University of Melbourne, Australia). Her practice-led research integrates participatory art and theatre-making with sustainability and urban ecology. Tanja’s most significant work is The Living Stage, a global initiate that combines stage design, permaculture and community engagement to create recyclable, biodegradable and edible performance spaces.

Jennifer Tran is an Australian born Chinese-Vietnamese designer and community engagement practitioner. With a background in industrial design, interior architecture and community cultural development, she has designed and delivered interactive installations for theatre, festivals and events across Melbourne. Her most recent work was a large scale production, Inner Beat Live, delivered at the Arts Centre Melbourne for Victoria’s first contemporary Asian performing arts festival, AsiaTOPA. She is currently working on a series of work that focuses on her ancestral migration from China, Vietnam to Australia using visual projections, Chinese calligraphy and local reeds. 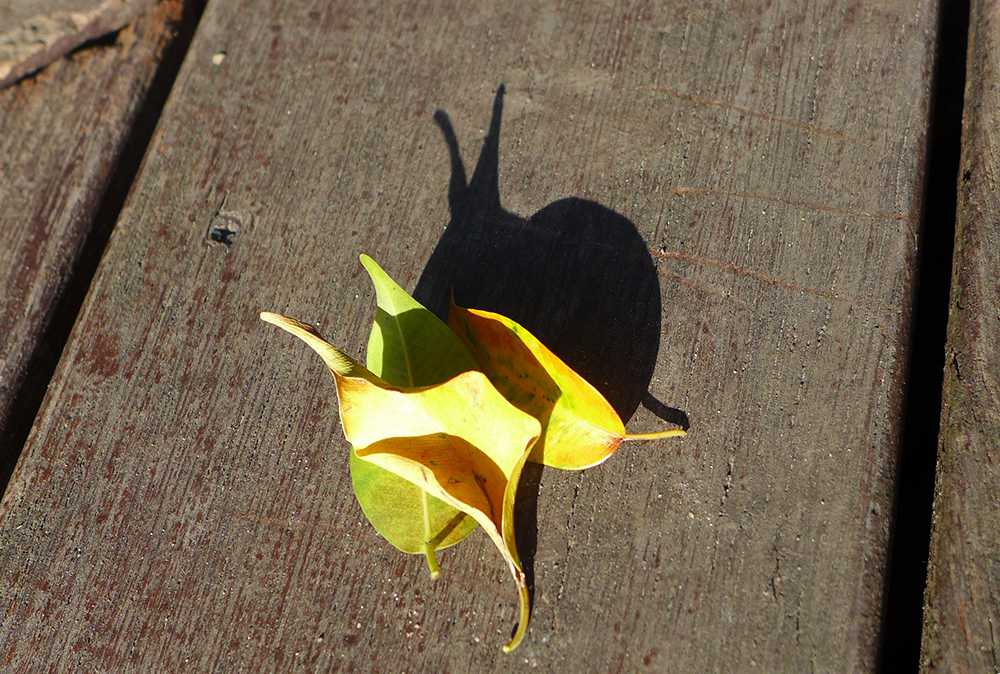 When there is light, there is shadow：Let's play shadow with light.

This is an outdoor lighting workshop, a sunshine playground, which use sunray as the paint and the shadow as the stroke. In this workshop, we will create a classic scene with shadows, which utilizes natural elements, local materials, and personal items. During the process, we will share some knowledge about the property of light and play with its color, shape, as well as shadows. Moreover, we will also utilize or change the characteristic or state of materials to cast shadows. By exploring the fun and conflict about shadows and lights, we convey a conversation between the reality and the illusion.

Po-Hsin Liu also known as Xiaosi, was born in Taiwan. She graduated from the RWCMD in Cardiff, UK with a master’s degree in Theatre Design (Lighting) and received a bachelor’s degree in Philosophy from the Fu Jen Catholic University in Taipei, Taiwan. She designed lighting for more than 60 projects in various performing art areas such as Theatre, Dance, Musical, Puppetry, Mime, and Chinese Opera. In addition, she has served as a lighting coordinator and Chief Electrician for more than 10 projects and festivals, and toured extensively in Europe and Asia.. She is now working as a freelance lighting designer in Taiwan.

Yen-Ting Tseng a.k.a. Kappa is a Taiwan-based artist. She received a BA in Lighting Design from Taipei National University of Arts and an MA in Visual Language of Performance from Wimbledon College of Art, London. In her latest work as scenographer, she is particularly interested in creating site-specific experiences through lighting and the arrangement of found objects. Kappa also works in object performance by applying her knowledge of puppetry, machinery and electricity to the theatre arts. Her works show surreal and sentimental landscapes within human beings via unexpected narrative. Her work has been presented in various cities of Asia and Europe.

In English without translation.

The Ground nearby the Arts Forum 人文廣場前草坪 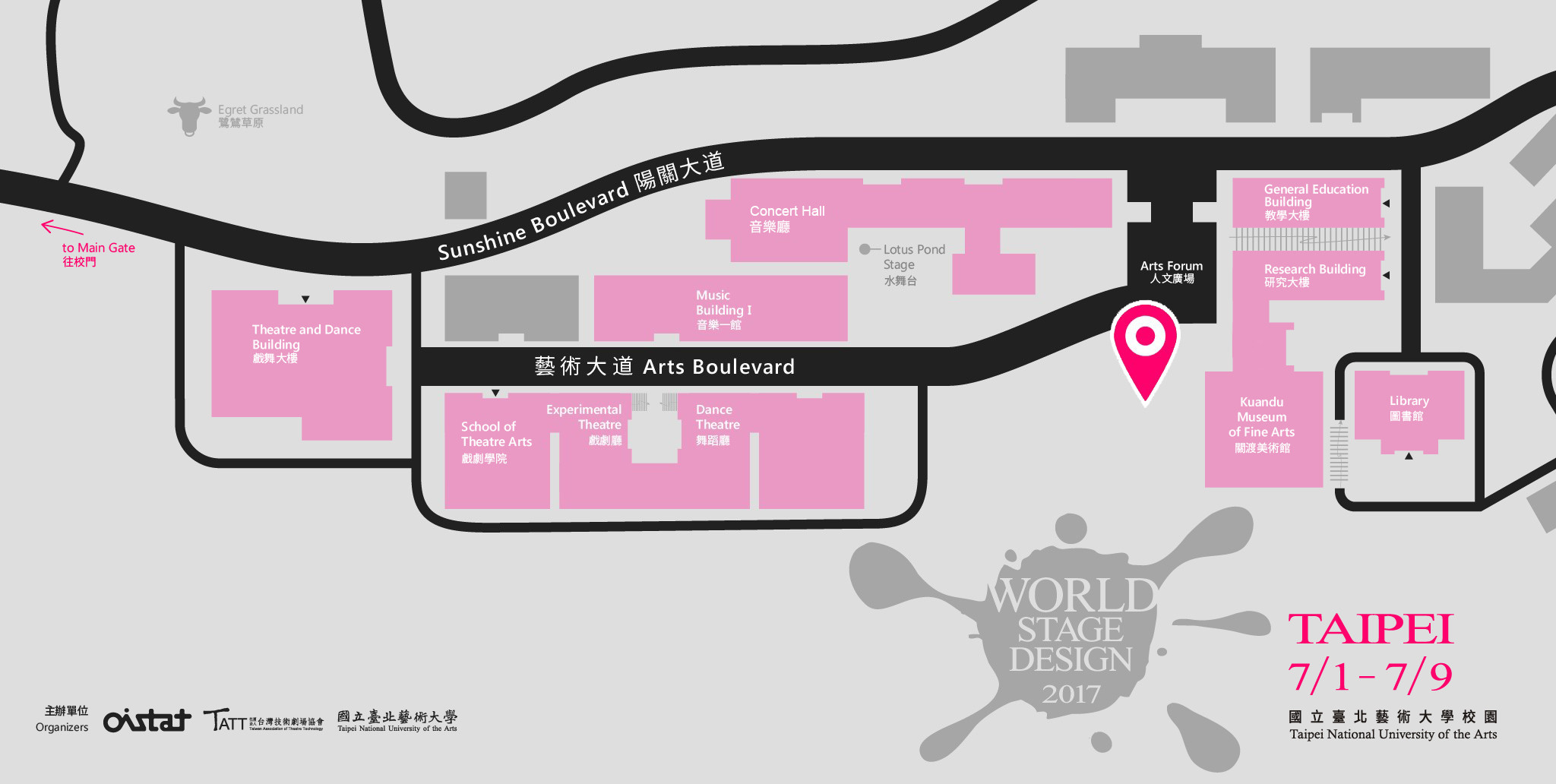